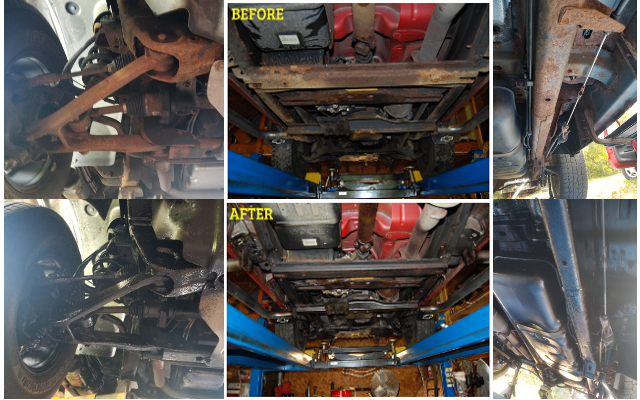 As consumers are keeping their cars longer, adding yearly undercoating as allows consumers to ask a higher price at point of trade in or resale. Our oil undercoating will help to preserve the overall appearance and structural integrity of the vehicle and preserve the value of the car. Once applied it will penetrate to the good metal, pushing out existing moisture and oxygen, thus eliminating oxidation-corrosion.

Today’s cars have many folds and spot welds used in their construction. This can damage the pre-treated metal to allow for an incursion of corrosion. Our oil will penetrate to the base material to provide protection.

Both new and used cars can benefit from an annual treatment.